Now into its 25th year, an established NGO and a recognisable access point for communities needing help in addressing adverse environmental issues, it is difficult to imagine how much of a novelty and an entirely new vision was the creation of ELF. From an exchange of ideas between Diana Schumacher and myself, she long established within a bevy of distinguished environmentalists, me a generalist solicitor, somewhat new to the field, it was increasingly apparent that there was an imbalance between the professional support available to those whose activities impacted upon the quality of life of others and those at the receiving end of such. I see from papers passing between Diana and myself in June 1989 the expressing of ‘an urgent need to establish an agency that will assist those suffering the consequences of attacks upon the environment’. 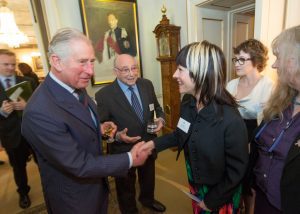 Arising out of that initial thinking we managed to put together what for that era was a total rarity: the collaboration between lawyers, environmentalists, environmental scientists and even bankers to construct such an ‘agency’. That the final product was not ready to launch until January 1992 is a measure of the difficulties encountered in its setting up and a reflection of attitudes prevailing in those early years. In any event, it is not surprising that the venture was initially seen as a leap in the dark as all pioneering activities inevitably are!

A different situation today, when there are ready opportunities for organisations offering assistance to be established, following the precedent created by ELF all those years ago.

The reservoir of professional help that we were able to muster, and the giving of a voice and authority to the very people whose quality of life was at stake, as well as their concerns for the generations to come, was remarkable. The diversity of people and organisations represented at the recent 25th Anniversary Reception hosted by HRH The Prince of Wales in his capacity as President of ELF is a measure of the broad span of the work of the charity: perhaps something of a sad commentary on the fact that its assistance is no less in demand now than was the case over two decades ago.

That HRH has given his support in this way was certainly not remotely contemplated when the charity was created. What has shown itself as a critical factor from the outset, however, is the selfless engagement of all who have worked with the Foundation throughout the years. Ever under-funded, the charity manages to conduct activities on a scale that belies such financial limitations only because of the remarkable devotion of all connected with, working for or otherwise volunteering their time and efforts in pursuit of helping those seeking the assistance of ELF. Now with the advent of the ELF University Clinics connection, the range of ELF is greater than ever. At the same time the need to expand its membership and the need for replenishing its funds remains a constant, so may I invite you to participate in tackling those critical areas and be a part of going forward with the work of ELF over the exciting years to come.