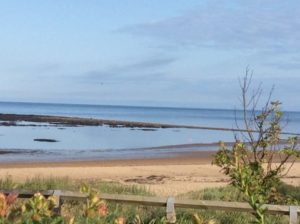 The Environmental Law Foundation (ELF) has written to the Environment Agency (EA) on behalf of South Tyneside local resident Bob Latimer, asking them to reverse their decision to close an investigation into private water company Northumbrian Water.

The EA was investigating a new manhole connection made by the water company at Whitburn, South Tyneside. The manhole connects to a sewer tunnel that already releases over 100,000 cubic metres of waste water, including raw sewage, into the sea every year.

Mr Latimer argues that the new manhole connection is not allowed under a bespoke environmental permit issued in 2003 that was designed to reduce sewage pollution at Whitburn.

“This is an important case that highlights the chronic underinvestment in the UK’s ageing sewer networks. The UK’s waters are in bad shape due to a lack of sewer capacity, and it is local residents who suffer the consequences.

We hope that the Environment Agency will see sense, and realise that the bespoke environmental permit covering Whitburn does not allow unlimited connections to the storm overflow system.”

ELF has instructed environmental barrister Alex Shattock to assist with the claim.