I wanted to write a short profile on someone who has been immensely important to ELF over the last decade, giving unstinting support and encouragement to ELF. ELF’s latest funding from the Treebeard Trust, reported here, has only been made possible by the further generosity of Roger to pledge to match fund. I wanted to say a few words about a truly unique and lyrical man. 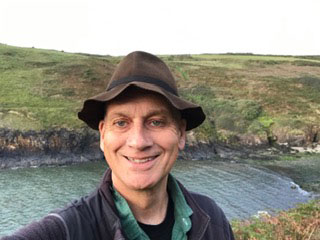 Roger is an active philanthropist, passionate about ecology and practical conservation. Graduating from Exeter University in 1971 with a BA in Politics, since that time he has sat on many national and international NGO boards, working to support water systems and landscapes across the world. Roger is at heart a man of the water and supports many national and international water projects, his great love, mangroves. Working towards educating local people, giving them the tools to protect their local water habitat, bringing together lawyers, environmental scientists and students, we all spin around him.

Roger came to be introduced to ELF through Martin Polden and their joint involvement with the Palestinian, Jordanian and Israeli environmental peace movement, EcoPeace. Supporting countless NGO’s strategically and with generosity, including to ELF, he has played and continues to play his part in environmental global protection. His reach is truly international and I don’t know how many projects he supports in reality, as his generosity is only matched by his discreet attitude to supporting environmental projects. He seems to know anyone who is anyone in the environmental conservation world. He is his own network and it is to ELF’s great benefit that we came to his notice.