Carol Day to join ELF’s board of Trustees

Our other very exciting news is that Carol Day, once referred to me, in conversation with an environmental lawyer, as “Mrs Aarhus”, has agreed to become an ELF Trustee. Carol as some of you will know has had an illustrious career at the forefront of legal environmental protection. 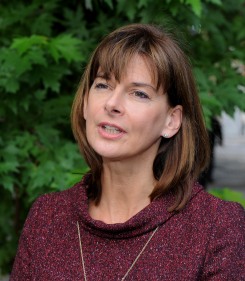 Carol qualified as a lawyer in 2002 and spent the next decade advising WWF policy staff on a wide range of issues including biodiversity, freshwater, marine and fisheries (including the passage of the Marine and Coastal Access Act 2009) and forests.

I first came across Carol at WWF 12 years ago where ELF and WWF and other NGO’s, were part of CAJE (Coalition for Access to Environmental Justice), campaigning to have the barriers removed that prohibited access to environmental justice. Carol coordinated CAJE, between the years of 2003-2013 –a pretty impressive stint.  She was co-author of Environmental Justice and sat on Lord Justice Sullivan’s Working Group, whose reports influenced the case-law of the courts and international complaint procedures leading eventually to the welcome reform of the costs rules in 2013.

Having originally trained at Leigh Day, Carol returned there in 2013 to run their highly successful Environmental Litigation department. She advises the RSPB on access to justice policy work. We are really pleased that Carol is joining ELF’s board at this exciting time for ELF.